To share your memory on the wall of Philip Ashton, sign in using one of the following options:

Philip Whitney Ashton passed away peacefully on Aug. 23, 2020 at 47 years old after a short bout with COVID-19. He was born August 5,1973 in Summit, New Jersey, to Steven McKay and Marilyn Whitney Ashton as the fourth child of 13 biological children and 7 adopted siblings. He lived with Down Syndrome which prevented his capability to communicate with words. Yet he offered love and happiness to all with whom he associated. His contagious smile will ever be remembered. He is survived by his parents and 19 siblings.

Philip was a student in Special Education at Jordan Valley School in Sandy, Utah; Greengate School in Woodland, California; and graduated with a Certificate of Completion from Oakridge School in Provo, Utah. He competed in the 50 Yard Dash and Softball Throw events in Special Olympics during his junior and senior high school years, and he graduated from LDS Special Education Seminary. He was noted for his cheerfulness and big smile, and the way he engaged with others with his wave, handshake, high-five, thumbs up, and earnest eye contact.

After high school Philip was involved at ATEC in Orem, Utah for a few years and then with the STEPS Day Treatment Center, also in Orem. He spent many happy days with the staff and participants at STEPS, giving away “love” (hugs) every chance he got.

Philip lived at home with his parents most of his life. He transitioned to Topham’s Care Center in Orem in 2012 and finished out his life as the self-appointed greeter for the center, giving out his signature wave, handshake, high-five and thumbs up to staff, residents, and visitors. He was a favorite.

Phil’s life’s work was teaching others how to love and what truly matters in life. As his family, we learned to be more patient, understanding, fun-loving, caring, and happy because of his example. Phil was a people person. Getting him to the car from any social function took time, because he insisted on shaking hands with everyone he passed in the hall. He loved peanut butter sandwiches, baths, people, and playing with a ball. His playful teasing, signature handshakes, and sincere hugs opened people’s hearts and left lasting impressions. We look forward to the reunion we will have with him one day and to see him as he really is. He was truly one of the noble and great ones.

Philip’s funeral will be held at the Nelson Family Mortuary on Friday, August 28th at 11 a.m., with a private viewing prior to the service.

Due to the limited seating, live streaming will be available. Please click on the photos and videos tab above for the link. If you are on a cell phone, scroll down.

Interment will be in the Lindon City Cemetery.
Read Less

Receive notifications about information and event scheduling for Philip

Consider providing a gift of comfort for the family of Philip Ashton by sending flowers.

We encourage you to share your most beloved memories of Philip here, so that the family and other loved ones can always see it. You can upload cherished photographs, or share your favorite stories, and can even comment on those shared by others.

Posted Aug 31, 2020 at 04:21am
Another most special one has returned to Him who loves him greatly. We so remember Philip when you were in our Ward so many years ago. He was such a spunky and friendly guy. We think of you often. Bob, Candy and Gary
Comment Share
Share via:
VJ

Posted Aug 30, 2020 at 09:10am
What a surprise it was to see the familiar face of Philip when I was looking for my brother-in-law's obituary on the Nelson Mortuary site. I wish I had seen it sooner...I would definitely attended the viewing and met you his family. My name is Verla Jackson, my daughter Becca Jackson attended STEPS for Many years. She was just 1 year older than Philip and had cerebral palsy. I loved seeing Philip when I would visit STEPS...which was quite often. I love his smile and friendly personality. My husband Hal and we have 7 children and Becca was our 5th child. All of us were in the hospital with Becca 26 July, a year ago, and our oldest son said, "I wonder what we kids would have been like if we didn't have Becca in our family." Yes, it is just as was stated in Philip's obituary, the many qualities he taught your family, Becca taught us. People say she was our mission but I realize now that We were Her Mission. I am impressed with your large family and the wonderful opportunities you gave Philip. I do believe Becca, Jake, Thad and many other friends were excited to welcome Philip when he graduated from this Earthly Estate and joined them in the beautiful Spirit World. Verla Jackson 801-592-2974 3147 Apache Lane Provo, UT 8404 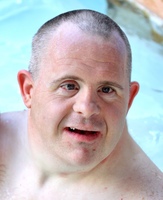 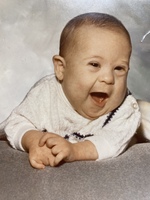 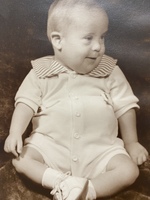 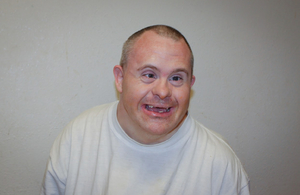