To share your memory on the wall of Randalph Nelson, sign in using one of the following options:

He started working for State Farm Insurance as a claims director in 1970 and retired in 2010 after 40 years of dedicated service. During his time at State Farm he traveled around the country, from Hawaii to Texas, managing weather and catastrophe response teams. He loved his job and was highly respected in his field.

He was preceded in death by his sister Judy Warner, and his parents Scott August and Kathryn Naoma Nelson. He is survived by his wife Carole Diane, and 4 children, Jason (Karen) in Highland, UT, Amy Hacking (Ricky) in Lehi, UT, Bryan (Michi) in Springville, UT, and Steven (April) in Ventura, CA, and 12 grandchildren. His children and grandchildren were his pride and joy, and he was their biggest fan. He would brag about them to anyone who would listen.

He was constantly reading non-fiction political, history, and biographies. He was always well informed about current events and liked to share his strong opinions. He enjoyed challenging New York Times crossword puzzles and would carry the paper around all day as he worked on them. He enjoyed showing off and tinkering with his extensive watch collection. He loved following the BYU Cougars’ football and basketball teams and would often pace around the house and go for drives during games because he was so nervous.

He laughed a lot and was a frequent target for friendly family teasing. He was gentle and kindhearted, and everyone he came in contact with could feel his warmth and sincerity. To know him was to love him. The last day of his life was a happy celebration as he attended his granddaughter’s wedding and participated in all of the festivities, surrounded by his beloved family. We will miss our dad, grandpa, husband, cousin, uncle, and friend, but we are thankful he is at rest now with his Heavenly Father and is reunited with his mom and dad, and other loved ones.

There will be a service Friday, December 27, 1:00 PM at Nelson Family Mortuary in Provo, UT followed by internment at the East Lawn Cemetery in Provo, UT. There will also be a funeral reception in Ventura, CA on Sunday, Dec. 29 from 3:00 PM -4:30 PM at the Church of Jesus Christ of Latter Day Saints on Henderson Road.
Read Less

Receive notifications about information and event scheduling for Randalph

Consider providing a gift of comfort for the family of Randalph Nelson by sending flowers.

We encourage you to share your most beloved memories of Randalph here, so that the family and other loved ones can always see it. You can upload cherished photographs, or share your favorite stories, and can even comment on those shared by others. 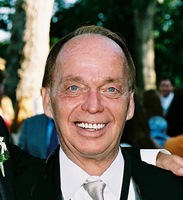