To share your memory on the wall of Reese Goodwin, sign in using one of the following options:

Provide comfort for the family of Reese Goodwin with a meaningful gesture of sympathy.

After graduation from high school, he enrolled at BYU for a semester before being called as a missionary to the Northwestern States Mission at 19 years old. Not long after his departure, his mother was called to the same mission. They served together and were released at the same time. Reese returned to BYU to continue his education in civil engineering, but was soon drafted into the military where he spent most of his time in Germany.

On February 12, 1958, he was set up on a blind date with Charlotte Owen. They dated a few times before Reese became smitten with her - she wasn't as sure about him. Nevertheless, he proposed in October and they were married May 19, 1959. Reese was finally able to return to BYU to complete his BA and MS degree in engineering. By the time he completed his Masters degree he was teaching part time in the Civil Engineering department. He later completed his doctorate at the University of Utah.

Upon graduation, he returned to Idaho Falls to work for his brothers in the construction business. Before long, BYU called offering him a faculty position with tenure if he would come back. In 1966, he returned to Provo for good. He built the home he and his family have resided in for the past 52 years. Reese taught structural engineering for over 35 years and was a favorite instructor. He was often honored by his students with "The open door" award as he kept his office door open and willingly helped any student who was struggling in any class.

A lifelong member of the Church of Jesus Christ of Latter-Day Saints, he faithfully served in many capacities: Elders Quorum President, Ward and Stake Executive Secretary, Bishop, High Councilor. His favorite service was in the Provo Temple, first as an endowment worker, then as a coordinator, and finally as a sealer. He cherished his time as a sealer and faithfully fulfilled his calling until the advancement of Alzheimer's disease required him to be released in 2016.

He is survived by his wife of 60 years, Charlotte. His children Greg, Laura, Doug and Rebecca and their spouses. His grandchildren, McKenzie, Alexandria, Hunter, Abbie, Maddie and Hannah Evans, Annie and Gracie McConnell, and Rachel and Joseph Goodwin. He was preceded in death by his parents, his 6 brothers, his sister, and two granddaughters Elizabeth and Lucy Goodwin.

The family would like to thank Scott Davis from Home Instead for his devoted care of Dad for the past 9 months and to the team at Elevation Hospice (Laura, Michelle, Joylyn, Debbie) for all their support.

Consider providing a gift of comfort for the family of Reese Goodwin by sending flowers.

We encourage you to share your most beloved memories of Reese here, so that the family and other loved ones can always see it. You can upload cherished photographs, or share your favorite stories, and can even comment on those shared by others.

Love from the Khona family

Posted Oct 16, 2019 at 07:08am
Reese was a great man...we will miss him. Our thoughts and prayers are with the entire Goodwin family at this difficult time.

Love from the Khona family purchased flowers for the family of Reese Goodwin. Send Flowers

Posted Oct 15, 2019 at 02:28pm
Reese Goodwin was a wonderful co-worker and friend. We will all miss him. The BYU CEEn Department

Flowers were purchased for the family of Reese Goodwin. Send Flowers Posted Oct 14, 2019 at 06:52pm
Thank you for being the best dad in the world and for always putting me first. I will miss you so much but I know you are now whole again 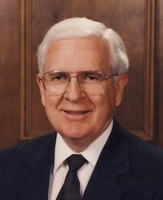 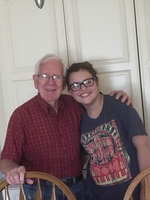