To share your memory on the wall of Richard Hudson, sign in using one of the following options:

Print
TO WATCH WEBCAST CLICK ON "PHOTOS & VIDEOS" TAB ABOVE. IF ON A CELL PHONE SCROLL TO THE BOTTOM.

Richard Haywood Hudson was Born July 10, 1930 in Tacoma, Washington. He was the first born of three sons to Edith Anna Hofmann and Haywood ... Read More
TO WATCH WEBCAST CLICK ON "PHOTOS & VIDEOS" TAB ABOVE. IF ON A CELL PHONE SCROLL TO THE BOTTOM.

Richard Haywood Hudson was Born July 10, 1930 in Tacoma, Washington. He was the first born of three sons to Edith Anna Hofmann and Haywood Enoch Hudson. Richard had two younger brothers David LeRoy and Kenneth Donald. He grew up in Tacoma where he met Sandra Dee Blake, it was love at first sight in a rowboat on the lake. They married on 11 October 1950 and were later sealed, with their two children Steve and Janet, in the Idaho Falls Temple of The Church of Jesus Christ of Latter-Day Saints.
Richard graduated from The University of Puget Sound with a bachelor’s degree in Economics and Business. He owned-operated ‘Broadway Building Maintenance Company’ which he took over after his father passed away in his 50’s. Richard had a creative mind and loved to build things with his hands; he even built the homes his family lived in. He enjoyed boating, loved animals (especially dogs & ducks). He loved to play cards and complete crossword puzzles, watch sports, study about history and was very patriotic.
He had a great sense of humor, loved to meet new people and was known as the candy man at church and ‘Dickie-Bird’ to all his grand kids and great grandkids who he was very proud of and loved dearly. He was happy to reach his goal of turning 90. Toward the end of his life he built numerous bird houses, decorative shelves, tables, chairs and picture frames, a doll house, children’s horse stable and a few toy trucks. Richard was an excellent cook often making candies, jams and jellies. He had a strong spirit and never ever gave up and was an ultimate example of enduring to the end.
Richard & Sandra moved to Saint George, Utah in 2005 on Valentines Day. He passed away just shy of a year from his wife Sandra on October 21st in his home.
He was preceded by his parents and brother David. He is survived by his brother Ken, his son Steve (Irene), and daughter Janet (Rick), grandchildren Crystal (Todd), Ben (Chelsea), Abe (Andrea), Andrea (Marshall), Rachel (Mac), Jake (Melissa), Becca (Michael), Josh (Hayley), and great grandchildren Wade, Sydney, Nolan, Charlotte, Jude, Vienna, India, London, Zoe, Ethan, Penny, Ben, Will, Victoria, Oliver, and Hudson.

Receive notifications about information and event scheduling for Richard

We encourage you to share your most beloved memories of Richard here, so that the family and other loved ones can always see it. You can upload cherished photographs, or share your favorite stories, and can even comment on those shared by others. 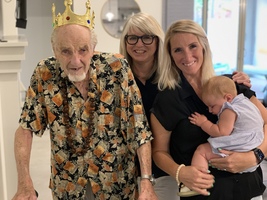 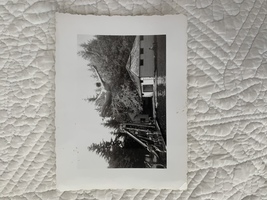