To share your memory on the wall of Richard Lee, sign in using one of the following options:

Provide comfort for the family of Richard Lee with a meaningful gesture of sympathy.

Richard had a special spirit about him that touched the lives of the people in his circle of influence. This included his immediate and extended family members, Church family, friends, and multiple medical professionals. Time and time again, Richard managed to beat the odds against death, so his death at this time was a shock to all of us.

Richard rode a school bus to many programs designed especially to help those who were physically and mentally challenged. With countless hours of physically therapy, he was able to take his first step at age 4. He made up for lost time by constantly running from here to there whenever he had the chance. He endured over 100 surgeries and countless hospital stays. Through it all, he was nearly always happy. His love for Disney movies knew no bounds. While living in San Diego, he would wait for his dad to come home from work to go to Disneyland. He loved riding the roller coasters. Even going down hills while riding in the car, he would hold his arms up high in the air and have a big smile on his face.

We learned Richard could read during a visit with Grandma Ellis in Kelseyville, California. While we were playing Scrabble, Richard reached in and started grabbing tiles. To our surprise, he had spelled words that were important to him: Cheerios, Pinocchio, Alice (for Alice in Wonderland), Peter Pan, and even spelled his name. Later, Aladdin, and Return of Jafar became favorites as well as Lion King and Mulan. This opened up a whole new world for him. Richard got his own computer when his dad’s office relocated. He immediately typed entire phrases, such as: “I want popcorn.” “I want to go to bed.” “Mama loves King Richard.” This was amazing until Richard discovered that he could pull the keys off the keyboard.

King Richard communicated using American Sign Language—Richard’s style. Instead of just shaking his hand up and down for “yes”, he was emphatic with one strong downward motion. While attending a meeting for special ed teachers, his teacher found herself responding with this same strong downward motion to a question that had been asked of her. It brought a few raised eyebrows from her co-workers, but it made all of us realize, he spoke in his own ways. He always got us to understand what he needed. Recently, his “yeses” simply became the “thumbs up” gesture. If he didn’t like what you were asking him to do, he simply would cover his ears and turn away from you.

Richard also loved FedEx. While riding a bike at school one day (with an empty FedEx box in the bike basket), the loop of his shoelace caught on the bike pedal. Richard lost his balance, fell, and broke both bones in his right arm - requiring surgery. One of the aides told her brother, a FedEx employee, about the accident. He, in turn, told his boss, who mentioned it to the President of FedEx. The President then checked to make sure Richard was back in school and sent a truck load of FedEx items and a beautiful letter thanking Richard for being such a wonderful advertiser for their company. One of the items sent was a “stress ball” that Richard used for therapy to regain strength in his arm. It had the FedEx logo on it. He never stopped liking empty FedEx boxes and trucks, but he never got on a bike again.

Richard had his first grand mal seizure when he was 17. This brought about another group of medical professionals. Fortunately, medications helped to keep the seizures under control.

After earning his Certificate of Completion from Timpview High School when he aged out of the program, Richard was placed in Hidden Hallow Care Center as his mom required vertebrae fusions in her neck. Richard developed pancreatitis and had a lengthy hospital stay. When he was discharged with multiple medications he was moved to the Provo Care Center. He was there over 10 years. He worked with the Daybreak program, shredding paper for pet stores to use in cages and other simple tasks.

April, 2018 was the beginning of a tough medical year for Richard. He endured hernia surgery, bleeding ulcers, kidney issues, extreme weight loss (lowest weight of 86 pounds), an upper respiratory infection and pneumonia. After his 2-week ICU visit in December, he moved to Topham’s Care Center in Orem as he now had a feeding tube. On his final day of life he seemed happy and spent the day walking around and exploring areas of his new residence. The exact cause of death is unknown.

Richard was, and is loved by his family and the many people in his circle of “friends”, including medical professionals who grew to love him over the years. The family wishes to express our gratitude and appreciation to all those who cared and served Richard. He will be missed.

Receive notifications about information and event scheduling for Richard

Consider providing a gift of comfort for the family of Richard Lee by sending flowers.

We encourage you to share your most beloved memories of Richard here, so that the family and other loved ones can always see it. You can upload cherished photographs, or share your favorite stories, and can even comment on those shared by others.

Posted Mar 04, 2019 at 01:51pm
I remember when I was always going home to see my parents and Richard Lee was outside at Provo care center and he always had a smile on his face
Comment Share
Share via:
CA

Posted Jan 21, 2019 at 02:00am
I was staff at Daybreak for over 3 years. I loved Richard. He always made smile and laugh. My favorite memories of Richard would have to be finding Richard outside pulling grass. He would sign to staff that he had to use the restroom and then sneak outside where he would sit and pull the grass. The was a pretty good size area of the lawn that barely had grass and was just dirt. Richard would stay put pulling grass until you got right up to and asked him to go inside at this time he would get up and lunge away from you and run inside. Sometimes covering his ears. I have many memories of Richard. I loved that sometimes more then often. I would try encouraging Richard to eat more of his lunch which often was thrown under his table or he would make a mad dash to throw some of it away (never his goldfish) in the garbage can. We would ask him to eat more or not to throw something away or asking him to pick up what was thrown on the floor and Richard would fold his ears over and cover his ears so he couldn't hear us. Sometimes I would say Richard I know you can still hear me. He would turn his head away hard as if saying no I can't hear you or don't talk to me and would look away ears still covered. I was lucky enough to still see Richard from time to time because I switched jobs and worked for one of the facilities that went to Daybreak. I will miss him greatly. Richard was awesome. I'm so grateful that I got to know Richard. I'm am sorry for your loss. Richard blessed so many life's. He will be greatly missed.
Comment Share
Share via:
MM

Posted Jan 19, 2019 at 11:24am
I would like to express my condolences to the family and friends of Richard Lee. There will come a time when death and mourning will be no more. (Revelation 21:3,4) This is what our loving God, Jehovah, has promised. We also have the hope of seeing our loved ones again. (John 5:28,29) May those verses bring you some comfort in your time of mourning.
Comment Share
Share via:
A

Posted Jan 19, 2019 at 12:50am
Dear Bob & Penny--How I loved Richard, and how sorry I am for your loss. Please know that my life is better because I knew Richard. I am grateful to have had the opportunity to love and care for him, and for the things I learned because I knew him. He is a most amazing soul! My love and prayers are with you all during this time! May you feel him around you frequently and find comfort in knowing he is free of pain and with you forever.
Love,
Amy Nau
Comment Share
Share via:
WL

With Love, Elena and Bill Lee

Posted Jan 18, 2019 at 12:35pm
Wishing you peace to bring comfort, courage to face the days ahead and loving memories to forever hold in your hearts.

With Love, Elena and Bill Lee purchased flowers for the family of Richard Lee. Send Flowers 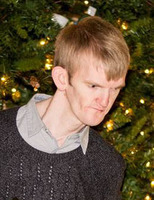