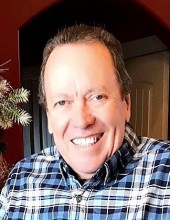 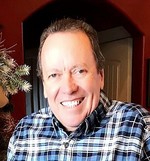 Robert “John” Dastrup, age 69, passed away after a 2-year long battle with Colon Cancer on Friday, November 22, 2019 in his home surrounded by his family.

John was born in Salina, Utah, on March 7, 1950 to Robert J Dastrup and Rose Aleen Adams Dastrup, the first child in a family of three children. He is survived by his younger brother Russell (Charlene), his younger sister, Robin Crawford (Sean) along with 20 nieces and nephews and 16 grand nieces and nephews. He is preceded in death by his mother and father.

John spent his first few years in Salina, Utah until his family found their permanent home in Salinas, California. John attended public schools and graduated from Salinas High School in 1968.

After graduation, he went on to serve a mission for the Church of Jesus Christ of Latter-Day Saints in Florida from 1969 - 1971. After serving 2 years, he returned home to California and attended Hartnell College and began his career in Architecture. He landed his first job at Ausonio Construction as a Draftsman. He left Ausonio Construction in 1975 and moved to Los Angeles where he worked for several large corporations as the Chief Cost Estimator. In the early 90’s John moved to Orem, Utah to be closer to family.

In addition to his love for his family and friends, John was passionate about trains. His love for Model Railroading began at 2 years old and only grew more intense. His train collection was extensive and one that he cherished. “If only John was here” was a familiar phrase that was used if a train was seen on a family outing without John present.

Funeral services will be held on Saturday, November 29, 2019 at Nelson Family Mortuary, 4780 N. University Ave., Provo at 11:00 am. Interment will be in Evergreen Cemetery, Springville, UT