To share your memory on the wall of Robert Smith, sign in using one of the following options:

Bob Smith was born on July 3, 1945, in Wheeling, West Virginia. After graduating high school in Martin’s Ferry, Ohio, Bob worked as a draftsman for architectural firms in both Kalamazoo, Michigan and Cleveland, Ohio and married his high school sweetheart, Peggy Lowry, on December 28, 1963. Bob and Peggy had three children, Christopher, Shannon & Jason and eventually moved to Orlando, Florida in 1973, where Bob began his over 20 year career with Disney as an architectural draftsman for Design and Engineering located at Walt Disney World in Orlando, Florida. Bob worked on multiple projects at the Magic Kingdom and was a part of the design and construction team for Epcot Center eventually becoming the Director of Design at Design and Engineering. Bob was promoted to a Vice President’s role when he joined Walt Disney Imagineering to oversee the design and construction of Disneyland Paris where he and Peggy lived as expatriates from 1988-1992. Upon completion of construction, Bob repatriated as a California based employee where he worked until he retired in 1993.

After Disney, Bob moved to Atlanta where he worked on the 1996 Summer Olympics venues with O’Brien-Kreitzberg, Metreon shopping center in San Francisco with Sony, and Sea World/Busch Gardens projects with Parsons. Bob married his second wife, Rena Townsend on April 16, 1998. During their 22 years together, Bob and Rena resided in San Marino, San Francisco and Atlanta before they finally settled in Park City, Utah.

Bob is survived by his wife Rena Smith, his children Christopher Smith (Alix), Shannon Ross (Michael) and Jason Smith (Alisan), his step-children Susan Welsh-Churchill (Joe), Carol Vancil and Bill Tettelbach (Laura). Bob is also survived by his 14 grandchildren and step-grandchildren, Johnathan, Andy, Meghan, Ethan, Helene, William, Anton, Anders, Billy (Kendra), Graham (Clary), Ian, Will, Ashley, and Andrew. Bob’s wishes were to be cremated, and that will done, but formal funeral services will be postponed until the pandemic subsides. Bob and Rena have burial plots on the east coast in Atlanta. There are no plans for local services.
Read Less

Receive notifications about information and event scheduling for Robert

Posted May 16, 2020 at 11:47am
My deepest condolences to Rena, Bob's kids/step kids and grandchildren. I, as others who knew Bob, am grateful for the wonderful and memorable times we had together. As well conveyed in Bob's obituary, he was a gentle giant, witty, creative, insightful, culturally knowledgeable and adaptive, and harbored a never ending ability to engage others with captivating stories, all within the framework of his humility.
Bob's legacy lives on within all that knew him as well as in his creative work that millions around the globe are able to enjoy & experience.
My heart goes out to Bob's family
Werner "Rod" Huck
Comment Share
Share via: 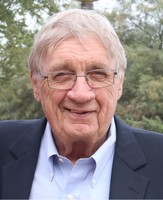