To share your memory on the wall of Russell Spencer, sign in using one of the following options:

Provide comfort for the family of Russell Spencer with a meaningful gesture of sympathy.

Russell was an energetic fun-loving little boy. He and his brother Doyle enjoyed the outdoor adventures of a rural neighborhood and claimed, “It was an accident,” when they set the vacant lot next door on fire. Soon after graduating from Franklin Elementary school in Provo, his family moved to El Monte, California where he spent the rest of his life until marriage. There he completed his education and graduated from El Monte High School in 1958.

After a semester at Woodbury Business College in Los Angeles he chose to serve a two-year mission for the Church of Jesus Christ of Latter-Day Saints and was called to Mexico where he served from Matachic in the north to Tapachula in the south. He loved his time serving and kept an affinity for Mexico and Mexican people throughout his life.

In August 1962, he met Kathryn Hunsaker at an East Los Angeles Stake Dance and it was love at first sight for both of them. They were married the following June in the Los Angeles LDS Temple. One month later Russell was drafted into the US Army and, following Basic Training at Fort Leonard Wood, Missouri, he was shipped to Germany as part of the United States Occupational troops, trained as a Military Police. He spent 18 months guarding an ammunition dump, night and day, in sun, rain or snow. Kathryn eventually joined him in Germany, making the most of their time together by traveling Europe in their 1952 VW Beetle during his occasional furlongs.

Russell loved languages and graduated from Brigham Young University in 1967 with a Spanish Major and German Minor. He completed his M.A. degree in 1970, and for three years was a Spanish Instructor at BYU, teaching returned missionaries in the intensive Spanish 321/322 classes where they could earn 16 hours of credit for that year. He was an outstanding teacher, but also a tough one. When a student asked to be excused from missing an exam because he went to the Temple, Russell replied, “Well, you get an A in Temple, but a zero on the exam.”

Following further education in rehabilitation work, his professional career shifted and he became the Executive Director of Central Utah Enterprises (CUE) in Provo, a sheltered workshop where mentally disabled adults ages 22 and up could participate in job training and employment opportunities. He loved his “kids”. He was a powerful lobbying force in getting legislation passed in Utah that increased awareness and much needed funding for people with disabilities.

Russell served in many church callings throughout his life and freely admits that his two favorite callings were being the Bishop of the BYU 119th Ward, and teaching rambunctious 11-year-olds in Primary.

Russell made life fun. He maintained his sense of humor throughout his life. He took pride in everything he did from maintaining the yard to using his carpentry skills on home improvement projects. He was attentive and personable and made time for others in his life. We will remember him for his compassionate heart, his high expectations, and his consistent efforts to live the Gospel of Jesus Christ.

He passed away on October 23, 2019 at age 79 in Provo. He is survived by his wife of 56 years; his children Ellen and Steven Townsend, Robert and Julie Campbell Spencer, Christine and Sky Evans, Douglas and Katrina Millet Spencer, and Shelly Spencer; thirteen grandchildren and four great-grandchildren; his siblings Doyle and Marilyn Spencer, Nadine and Ed Griffin, Christian Spencer, René-Claire Spencer and her husband Richard Payne.

The family would like to thank the administration and the wonderful PCAs and Med Techs at the Courtyard at Jamestown Assisted living for their personable and devoted care.

Consider providing a gift of comfort for the family of Russell Spencer by sending flowers.

We encourage you to share your most beloved memories of Russell here, so that the family and other loved ones can always see it. You can upload cherished photographs, or share your favorite stories, and can even comment on those shared by others. 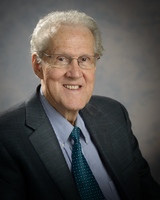 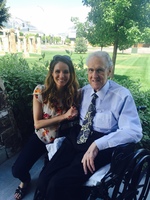 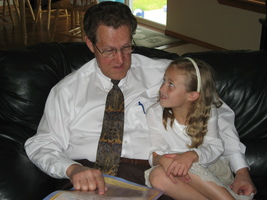 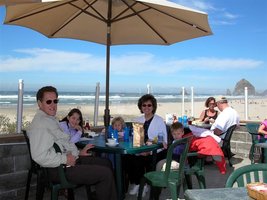