To share your memory on the wall of Sally Vernon, sign in using one of the following options:

Print
Sally Jo Vernon, age 64, passed away on March 22, 2019 in her Spanish Fork home after a second courageous battle with cancer.

Sally was born on March 24, 1954 in Canton, Pennsylvania. From humble beginnings, Sally was the second of 6 ch... Read More
Sally Jo Vernon, age 64, passed away on March 22, 2019 in her Spanish Fork home after a second courageous battle with cancer.

Sally was born on March 24, 1954 in Canton, Pennsylvania. From humble beginnings, Sally was the second of 6 children, all brothers and she learned to be a force (at 5 foot nothing, she had no other choice). After her first marriage, she moved her 2 children to Utah to build a life and a family. It was here, in Utah, that she met the love of her life, Martin Preston Vernon. The Vernons quickly got her acclimated to the Utah lifestyle taking her skiing at Snowbird where she promptly took off her skies and walked down the mountain. Sally and Marty were married in the Salt Lake Temple on April 3, 1982. Wanting to add one more to the family, they decided to adopt a baby girl from Korea. Shortly after, Sally was diagnosed with breast cancer and fought hard with her family by her side and won. Sally showed the same resilience and strength in everything. She worked every day to provide her family with luxuries she didn’t grow up with and spread that same generosity to everyone in her life.

Along with spending time with her family, Sally enjoyed the outdoors, traveling, reading and crossword puzzles. Sally will be remembered for her fierce love of family, spoiling her grandchildren, her unfailing work ethic, her incredible generosity to everyone around her and consistently attempting the impossible which was getting Marty on time to anything.

Sally is survived by her husband of 37 years, Martin P. Vernon, children, Sondra (Scott) Hammond, Steve (Micki) Vermilya, Jenna Gray, 11 grandchildren and 5 great grandchildren. She is also survived by her brothers, Lee, Scott, Mark, Craig and Bill. She is preceded in death by her mother, Gladys Clark.

Receive notifications about information and event scheduling for Sally

Consider providing a gift of comfort for the family of Sally Vernon by sending flowers.

We encourage you to share your most beloved memories of Sally here, so that the family and other loved ones can always see it. You can upload cherished photographs, or share your favorite stories, and can even comment on those shared by others.

Posted Mar 25, 2019 at 12:05pm
Sally is an awesome lady. She was always trying to help her granddaughter Oakley and my daughter Anna to spend time together, since they are best friends. She always had a ready smile for everyone. Janice Fjerstad
Comment Share
Share via: 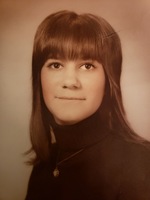