To share your memory on the wall of Saun Bohn, sign in using one of the following options:

Saun grew up in Minersville, Beaver, Orem, and Provo, Utah. Saun enjoyed playing football, basketball, running track, and singing in the choir in high school. He also loved dancing and participating in other social activities.

After graduating from high school, Saun went to work for the railroad and later served with the Army Air Corp during the Korean conflict.

Saun served a three year mission for the Church of Jesus Christ of Latter-day Saints in New Zealand.

After returning from his mission, Saun met Linda Lyman from Blanding, Utah and they were married on April 27, 1957 in the Manti Utah Temple.

After attending and graduating from BYU, Saun starting working for Kennecott Copper; first in Salt Lake City, Utah and then in McGill, Nevada where he and Linda raised their family.

In 1983, Saun moved his family to Logandale, Nevada where he worked at the power plant until he retired in 1996. While living in Logandale, Saun served on the Moapa Valley Credit Union Board of Directors and was the sexton for the Logandale Cemetery.

Saun was active in the church of Jesus Christ of Latter-day Saints throughout his life and held many callings. He also served in the Las Vegas Temple for 18 years.

Saun was preceded in death by his wife, Linda; his son Barton Bohn; his parents; and his siblings, Robert Bohn, Millie Friel, and Sharon (Keith) Pulsipher.

In lieu of flowers, the family requests that charitable donations be made to the LDS Humanitarian Aid Fund.
Read Less

Consider providing a gift of comfort for the family of Saun Bohn by sending flowers.

We encourage you to share your most beloved memories of Saun here, so that the family and other loved ones can always see it. You can upload cherished photographs, or share your favorite stories, and can even comment on those shared by others.

Posted Mar 15, 2020 at 02:59pm
Oh my gosh Marilyn, Ron, Scott and Jim I just now saw where Saun passed away... I'm so sorry It is so hard to lose our brothers and sisters as you already now. I remember Saun from way back when we were all kids and He, Keith and Sharon seemed so old to us.. now that its us, some how it does not seem that old.... I miss the old Mapleton day's they were good times growing up.. Just know that I am thinking of all of you at this time with fond memories.
Comment Share
Share via:
K

Posted Mar 12, 2020 at 04:27pm
Saun was my friend, mentor, and father figure to me. I have great memories of him in Logandale.
Comment Share
Share via: 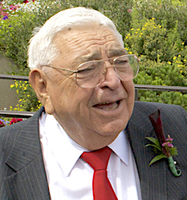