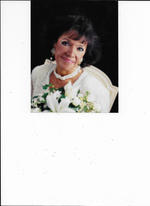 Sharon Lee (Barclay) Nelson suddenly returned to her Heavenly Father on Thursday, October 1, 2020 in Orem, Utah surrounded in love by her children and grandchildren.

Sharon was born in Tacoma, Washington on September 23, 1943 to Merle W. and Mavis Barclay and lived there until the final few years of her life. Some of her fondest memories were growing up on the lake waterskiing with her younger brother Wally, hanging out on the boat with her friends, and cruising in her red thunderbird. Sharon graduated from Clover Park High School and attended Pacific Lutheran University and Knapp Business College. While working at Harold Meyer Drug in Tacoma, WA she met Wallace Stuart Nelson and from that moment on spent the next 25 years together until Wally’s untimely passing.

She spent her life in service to her family creating many lasting traditions still followed by her children, serving within her church, and community, and always looking out for those less fortunate. As the owner of Bridgeport Floral and Gifts she was able to bless the lives of many through her unique talents and gifts designing beautiful arrangements. Although Washington was the only home she knew and was difficult to leave she loved being near her grandchildren and children for the final few years of her life.

Sharon was preceded in death by both of her parents, the love of her life and eternal companion Wallace Stuart Nelson, her companion later in life Jack Aitken, and great granddaughter Oaklyn Michelle Nelson. Sharon believed that “no success can compensate for failure in the home” and leaves behind her legacy in her children Brent (Heidi), Karla Kay Snow (David), Kymberlee, and Darin (Trinity) and in her grandchildren Ashlee Snow, Zachary Nelson (Tash), Kaylee Sell (Bill), Sloane Nelson, Cambree Snow, Keenan Dana, Gage Nelson, Chelsee Snow, Macahl Nelson, and Fynley Nelson. Brother Merle W. Barclay II (Katerina), and her nephew and niece Wyeth and Aegea.

Due to these unprecedented times a private family graveside service will be held Thursday, October 15, 2020 at New Tacoma Cemetery. Thank you for your thoughts and prayers.