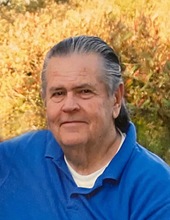 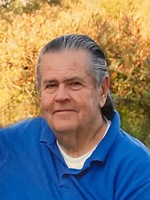 Steven Lund Glenn “The Duke”--beloved husband, father, grandfather, friend, and mentor--passed away peacefully on November 25, 2019. Steve was born December 25, 1942 in Compton, California to Darwin and Donna Glenn and lived there until 1962, when he was called to serve a mission to Central America.
While there he developed an abiding love for the people of Central America as well as an enthusiasm for sharing the gospel. Upon returning, he attended BYU-Hawaii and graduated from BYU. On August 8, 1967, he married the love of his life, Pat Wignall. After several years working in Southern California, they eventually settled in Provo, Utah, raising four children.

He was always his own boss. For many years he owned and operated a family business, beginning with car repairs and then expanding to restoration of all kinds from first-edition Books of Mormon to church history sites. When asked about his business, he would often quip “We can fix everything here except a broken heart"--but, in fact, he mended many broken hearts along the way and was always a champion for the poor and downtrodden.

In 1995, he opened Mormon Art and Bronze where he combined his love of hard work and church history sharing the gospel through statuary and monuments around the world. He devoted many years to restoring church history sites and was instrumental in the preservation the Joseph Knight farm and the Josiah Stowell home.

Family and church were the two most important things in his life and he perpetually found ways to serve both. As bishop of the Provo 17th ward, now the Grandview 1st ward, he mentored and supported hundreds of people. And many more benefited from his generous spirit. He was a master storyteller with a wicked sense of humor and a one-liner for every occasion. He had a gift for making every day feel like a celebration--whether it was a BYU football game, a crab fest or just a hard day of work.

He is survived by his beloved wife, Pat, as well as four children--Matthew (Lori) Glenn, Lindy (Keith) Johnson, Jason, and Josh, seven grandchildren, and his sister Darlene Hanni, and brother, David Glenn. His family and the gospel are Steve's "treasures."

Funeral services will be held Tuesday, December 3, 2019 at 11:00 am at the Grandview First Ward chapel,1555 North 1350 West, Provo, Utah. In lieu of flowers, please send a donation to The Church of Jesus Christ of Latter-day Saints Missionary Fund.