To share your memory on the wall of Steven Iongi, sign in using one of the following options:

He smiled easily and often. He had a hard life. He survived Kawasaki’s disease, and being hit by a car only to be taken from us by a rare and incurable cancer called DIPG (brain tumor)

After his diagnoses he said “ It’s okay if I die, I will be my brothers’ guardian angel and make sure they be good.”

Grandparents: Toni Lua, Salote Loloma Tukuafu Kioa, Fasi and Marlena Iongi . Many aunts, uncles and cousins who will miss him dearly. He was preceded in death by brother Tyrayll, grandfather Howard Lua.

We know you are dancing, smiling, talking with all your loved ones before and finally at peace, happy and pain free.

WE LOVE YOU ALWAYS NAKI

WE WILL MISS YOU SOOOOOO MUCH

WATCH OVER US AND VISIT US IN OUR DREAMS SON 💙🙏🏼

Receive notifications about information and event scheduling for Steven

Consider providing a gift of comfort for the family of Steven Iongi by sending flowers.

We encourage you to share your most beloved memories of Steven here, so that the family and other loved ones can always see it. You can upload cherished photographs, or share your favorite stories, and can even comment on those shared by others. 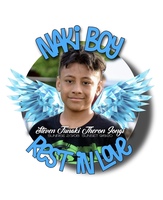 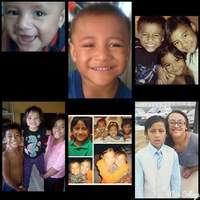