To share your memory on the wall of Ted Harding, sign in using one of the following options:


Ted was funny, kind hearted, and an avid Nascar fan. He loved the outdoors, often taking his family camping. It wasn't uncommon to have someone ask for his advice or help them with a project. He was a man of many trades. Ted worked at Action Target as an Industrial Maintenance Technician. He made many good friends there and taught, tutored, and put them under his wing.


Services will be held at a later date.


For I must be traveling on now,
Cause there's too many places I’ve got to see.
Read Less

Receive notifications about information and event scheduling for Ted

We encourage you to share your most beloved memories of Ted here, so that the family and other loved ones can always see it. You can upload cherished photographs, or share your favorite stories, and can even comment on those shared by others. 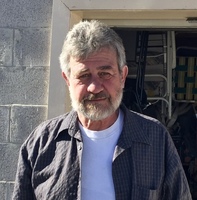