To share your memory on the wall of Theodore Caldwell, sign in using one of the following options:

Ted was loved by all who met him. Born and raised in Murray, UT and Graduated from Murray High School where he excelled in Football, Basketball and Baseball.

After graduating he became a member of the National Guard and served one year in active duty. He was also a competitive skydiver known for his accuracy, he would often show case his bravery and accuracy skills at festivals and won many awards competitively.

Ted was an avid hunter and fisherman and enjoyed spending his free time outdoors. He told many stories that to this day his family is left pondering if it was fact or fiction. His tall tales will be missed.

In his later years, his favorite day consisted of a cold Coke, Lay’s Potato Chips and a good Western. He also enjoyed watching BYU Basketball the Utah Jazz and any good Football game that brought him back to his glory days.

There will be a Graveside Service by Invitation Only
Friday March 27, 2020 12:00pm at Murray City Cemetery
Read Less

Receive notifications about information and event scheduling for Theodore

Consider providing a gift of comfort for the family of Theodore Caldwell by sending flowers.

We encourage you to share your most beloved memories of Theodore here, so that the family and other loved ones can always see it. You can upload cherished photographs, or share your favorite stories, and can even comment on those shared by others. 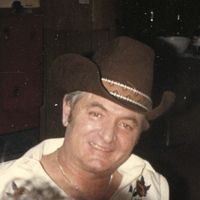