To share your memory on the wall of Timothy Bishop, sign in using one of the following options:

Tim was a devoted husband, father, brother, uncle, and friend. He had an extr... Read More
Timothy Andrew Bishop, age 38, passed away on August 18th, 2020 in Spokane, Washington after a short two-month battle with neuroendocrine pancreatic cancer.

Tim was a devoted husband, father, brother, uncle, and friend. He had an extremely clever and dry wit that was so fun to be around. He loved spending time with his family and serving others. Tim was always one of the first ones to show up to help, and the last to leave. Tim was also a pie-making and rib-grilling extraordinaire. We recall a particularly fond Thanksgiving where Tim baked 14 pies for 13 people. He had a love of good food and good company.

Timothy was born March 9th, 1982 in Boise, Idaho to Gerald John Bishop and Kayleen Ann Bishop. He moved with his family to Tucson, Arizona when he was three and spent his growing up years there. He spoke of his childhood fondly and reflected on it as being the best. He spent years exploring the desert, playing soccer, and creating mischief with his siblings. As a child, his family described him as witty, faithful, humble, clever, and true to himself. Ever faithful to pies, the story is often told of an exploding cherry pie that Timothy tried to salvage but had to be pulled away from by his father (as the pie was mixed with glass from the broken pan).

Timothy served a two-year mission for his church to Novosibirsk, Russia when he was nineteen years old. While there, Timothy deepened his love of the Lord and his gospel. He held a special place in his heart for the people he met in Russia.

After his mission, Tim attended Brigham Young University in Provo, Utah. There he studied mechanical engineering, biomedical engineering, and business. He earned a BS in Mechanical Engineering, an MS in Mechanical Engineering, and an MBA. At the end of his first year there, he met his beautiful wife, Tiffany Elizabeth Bishop. They became fast friends over their mutual love of ice cream. That friendship soon blossomed into romance and they were married in the Salt Lake City Temple on February 18th, 2005. Their marriage was filled with laughter, love, and of course, ice cream. Tim was an exceptional husband who fully supported Tiffany in everything she did or dreamed, never spoke a harsh or unkind word, and always sought to have the Spirit in the home. Over the past 15 years, Tim and Tiffany welcomed seven children into their family. Their home was a place of safety and refuge and they felt extremely blessed to have the beautiful life and family that they did.

In his professional life, Tim spent years working in data analytics at Symantec, then moved to lead the Spokane office for Executech. His colleagues and employees describe him as genuine, kind, honest, and selfless. He had a great love and respect for the people he worked with and enjoyed the work in which he was engaged.

Tim was a man of great faith and service. Alongside his wife, he led his family in daily prayer and scripture study. He lived what he preached. He loved serving the Lord and served in various capacities in his church. In the community, he enjoyed bringing his children with him to help his neighbors. He served for several years as a foster dad to multiple children and always treated them like his own. Tim leaves behind an incredible legacy and will be missed greatly.

He is preceded in death by his daughter Emma. He is survived by his wife, Tiffany Bishop, his parents, Gerald and Kayleen Bishop, his children Peter, Benjamin, Hunter, Sierra, Colbie, and Jacob Bishop, his siblings Michael Bishop and Lecia Melville, and his grandmother Lecia Dawn DeCoursey. He was followed in death three days later by his brother Phillip Bishop.

Due to COVID-19 restrictions, the funeral services on Monday, August 24th will be closed to the public. There will be a live webcast of the services starting at 10:30 a.m. please click on the photos and videos tab above for the link, if you are on a cell phone please scroll down.
Read Less

Receive notifications about information and event scheduling for Timothy

Consider providing a gift of comfort for the family of Timothy Bishop by sending flowers.

We encourage you to share your most beloved memories of Timothy here, so that the family and other loved ones can always see it. You can upload cherished photographs, or share your favorite stories, and can even comment on those shared by others.

Posted Aug 22, 2020 at 03:22pm
In loving memory of Timothy. May your heart heal in time and the memory of him be strong and vivid. 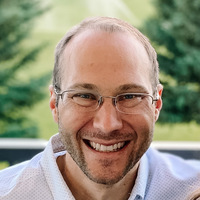