To share your memory on the wall of Wallace Barrus, sign in using one of the following options:

He has done the cinematography on many motion picture productions for the BYU motion picture studio, the Church of Jesus Christ of Latter-day Saints and other clients. He was Director of Cinematography on the full-length theater feature production "The Hide Out". His black and white and color photographs have been widely published, and he has been featured in several one-man shows and has exhibited in numerous juried shows throughout the country. He directed and taught at many photography workshops. Photo Utah and the Salt Lake Tribune recognized him for his outstanding contribution to photography in the State of Utah. He was selected as the recipient of the National Award, which is given by the Professional Photographers of America for outstanding service to photography.

Other activities include four years in the Navy, twenty-five years designing and building model aircraft. He used his remote-controlled aircraft for aerial photography. He is a member of the Academy of Model Aeronautics and is an experienced radio controlled aircraft pilot. He is a former Scoutmaster and lifelong Scouter. He was an active member of the LDS Church and has held various ward and stake positions.

After retirement Wally and Shirlene served an LDS mission to BYU Hawaii which was followed by yearly service to Southern Virginia University, Dixie University, and Snow College.

Wally was preceded in death by his parents, Ezra & Anna, his siblings, Lorene, McClain, Naoma, James Orin, Irel, and Vaughn, along with their spouses and a grandson, Brandon Evans.

He is survived by his wife, Shirlene, who is also a graduate of BYU, and their four children;
Jeri (Phillip) Evans, Steven (Elaine), Andrea (Bob) Thompsett, and Ema (John) Ohran.

Funeral services will be held Friday, May 3rd at the LDS Church, 4300 N Canyon Road Provo, UT, at 11:00 am. Friends may call at Nelson Family Mortuary, 4780 N University Ave, Provo, Thursday May 2, from 6-8 pm or at the church prior to the services. Interment will be at East Lawn Memorial Hills Cemetery. Condolences may be expressed at NelsonMortuary.com
Read Less

Receive notifications about information and event scheduling for Wallace

Consider providing a gift of comfort for the family of Wallace Barrus by sending flowers.

We encourage you to share your most beloved memories of Wallace here, so that the family and other loved ones can always see it. You can upload cherished photographs, or share your favorite stories, and can even comment on those shared by others.

Posted May 01, 2019 at 03:18am
I was Brother Barrus' home teaching companion when I was in Edgemont 4th priests quorum back in the mid-'80s. He was always helpful in the scout program when I was there.

I'm so sorry to hear about his passing. I would really like to attend the services and pay my respects, but I have a prior commitment that day.

Posted Apr 28, 2019 at 01:46pm
Wally has been a wonderful friend to our family, in addition to his outstanding accomplishments in his family and profession. Thanks, Shirlene and children, for sharing him with us. He was an invaluable aid to Paul's becoming an outstanding photographer. We are sure that he similarly influenced many, many others. We send our love and condolences.
Kent and Janyce Harrison
Comment Share
Share via:
JM

Posted Apr 27, 2019 at 10:41pm
My dear Shirlene,
You are in my thoughts and prayers today, as I just learned of your great loss. I am so very sorry, and I know how difficult it must be for you. I was amazed to read about all your husband's accomplishments. I just want you to know you have my deepest sympathy. I am so glad to know you as a dear friend.
Love, Jean McGhie
Comment Share
Share via:
IW

Posted Apr 27, 2019 at 02:04pm
I am deeply sorry for your loss. I'm reaching out with some encouragement as I too have lost many loved ones in death, including an older sibling. It truly is the most heart-wrenching experience to go through. One thing that has helped me to cope many times is a promise made by Jesus Christ. He talked about a resurrection of the dead in a Paradise Earth where all of us will see our loved ones again! Jesus promises in John 5:28, 29: “All those in the memorial tombs will hear his voice and come out.”

One account from Christ’s ministry that has encouraged me greatly over the years is Luke 7:11-15. In this account, he resurrects a widow’s son. Jesus resurrected this young man because he could see the pain that the young man’s death had brought to his mother. Our Lord Christ Jesus sees our pain as well. That is why he has given us the promise, mentioned earlier, in John 5. I hope these verses comfort you as they have comforted me. My heart and prayers go out to you.

Below is a link to a very encouraging Scripture-based brochure entitled, When Someone You Love Dies. 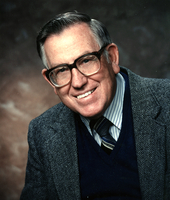