To share your memory on the wall of William Brothers, sign in using one of the following options:

Print
On October 8, 2019, William S. Brothers, MD, passed away. His family and friends mourn the loss of their loved one, but also rejoice in his passing to a beautiful place of peace and love.

William was born on September 4, 1925, to Willia... Read More
On October 8, 2019, William S. Brothers, MD, passed away. His family and friends mourn the loss of their loved one, but also rejoice in his passing to a beautiful place of peace and love.

William was born on September 4, 1925, to William Christensen and Vera May Shawcroft Brothers in Sanford, Colorado. His father passed away in the spring of 1925 and Bill was born in the fall of that year.

Bill excelled in academics and athletics in his high school in Manassa, Colorado. He played on the football and basketball teams. He joined the band and played the trumpet. Later, he played Reveille as a bugler during his naval training.

While still 17 years old, during his senior year in high school, Bill enlisted in the Navy. World War II was in progress and Bill became a Sonar Officer.

After the war was over, Bill married Ella Haynie in the Salt Lake Temple on August 29, 1946. He served a two year mission for The Church of Jesus Christ of Latter-day Saints to the East Central States Mission after their marriage. Ella finished her accounting degree at Utah State and joined Bill toward the end of his mission.

The Navy sent him to the U.S. Naval Hospital in Bremerton, Washington, to begin his career as a Dermatologist. While living in the adjacent town of Port Orchard, Bill became the Bishop of the ward.

Two years later, Bill was sent back to the Naval Hospital in San Diego where he would remain for the duration of his naval career. He did spend one year traveling to Camp Pendleton, California to serve as the Base Medical Officer to the Commanding General of the U.S. Marine Corp. After 30 years in the Navy, Bill retired as a Captain.

Upon completion of his naval career, Bill desired to open a medical practice in Dermatology. He was offered a position in Provo, Utah, with Warren G. Eyre, MD, which he accepted. Richard W. Parkinson, MD, would join them later.

Bill loved his career in Dermatology and he loved his patients. He also enjoyed the many years he spent teaching his specialty to others.

Bill loved to garden and would spend his free time working in his yard. He loved nature and had a special interest in the birds that would come to his feeder. Bill was an avid sports fan. He watched BYU football, basketball, volleyball, and baseball. He loved watching the teams from the schools he had attended. Bill also had great love for his ancestors, and was actively involved in family history to ensure that all possible predecessors would receive their temple blessings.

Bill was an active member of The Church of Jesus Christ of Latter-day Saints. He served as Bishop in
Port Orchard, Washington, at BYU in Provo, Utah, and in the Oak Hills 6th Ward in Provo, Utah. He also served as a Counselor in Bishoprics, as a High Counselor, and in various other callings. He loved the people he served.

William is survived by his wife Ella, his children Brooke Ann Bascom, William H. (Beverly), Sherrelyn, Lisandra, Janette (Richard) Woolley, his daughter-in-law Andrea Lynn Brothers Smith, as well as 17 grandchildren and 53 great-grandchildren. He is preceded in death by his parents, his sister Cathryn (Loyd) Dunn, his son Brian H. Brothers, and his son-in-law Roger Arthur Bascom.

The family would like to thank the staff at Canyon Home Health for their excellent service.

Consider providing a gift of comfort for the family of William Brothers by sending flowers.

We encourage you to share your most beloved memories of William here, so that the family and other loved ones can always see it. You can upload cherished photographs, or share your favorite stories, and can even comment on those shared by others.

Posted Oct 11, 2019 at 11:45am
Our sincere sympathy to each of you in Dr. Brothers' family. His passing is a great loss to this world, but a tremendous blessing to those on the other side. Dr. Brothers was a genuine, loyal, thoughtful, kind, considerate, loving doctor and friend. His excellent care of each one of us has been remarkable. His "after Christmas" phone calls were a great joy to us. He always called to wish us well and catch up after the holidays. His testimony was and is most appreciated and strengthening because it showed and was/is felt in his every act and word he spoke. We truly loved this great man! May the Lord bless and comfort you today and in the weeks ahead.
Our love and sympathy,
The Ed & BertaLou Holt Family
Comment Share
Share via: 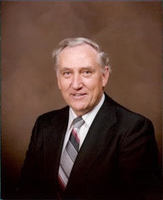