To share your memory on the wall of William Morrell, sign in using one of the following options:

Print
TO WATCH THE WEBCAST OF THE FUNERAL SERVICES PLEASE CLICK ON THE PHOTOS AND VIDEOS TAB. IF YOU ARE ON A CELL PHONE, SCROLL DOWN.

William Reed Morrell passed away peacefully at home in Provo, Utah, on August 23, 2020, surrounded by his f... Read More
TO WATCH THE WEBCAST OF THE FUNERAL SERVICES PLEASE CLICK ON THE PHOTOS AND VIDEOS TAB. IF YOU ARE ON A CELL PHONE, SCROLL DOWN.

William Reed Morrell passed away peacefully at home in Provo, Utah, on August 23, 2020, surrounded by his family, due to complications of Lewy Body Dementia. He was born in Salina, Utah, on May 3, 1945, to William Elwood Morrell and Ora Willa Coleman Morrell.

He was raised on a farm in Bicknell, Wayne County, Utah. He loved life on the farm with his older sister and three younger brothers. He is survived by all four siblings: Elvon (Paul) Jacobs, Mack (Marie) Morrell, Dean (Miriam) Morrell, and Gordon (Connie) Morrell. Wayne county was a cherished home with numerous extended family, as all eight of his great-grandparents settled there.

He loved sports, especially basketball, baseball, and tennis. As a boy he would pay his younger brothers to play ball with him. He shared his love of sports with his children and grandchildren and he took time to play ball and attend sporting events with them.

After graduating from Wayne High School, he accepted an appointment to attend the United States Military Academy in West Point, New York, where he graduated in 1967. After graduation he served an abbreviated mission for The Church of Jesus Christ of Latter-day Saints in the New York Cumorah Mission. He continued to be a missionary throughout his life. He married his sweetheart and eternal companion, Pamella Susanne Capener, on December 8, 1967, in the Logan Utah Temple.

He proudly served his country as an Army officer in Thailand, Germany, and Texas. The family moved to Provo, Utah, in 1974, where he and Pam have lived since. He served in the 96th ARCOM Reserve Unit at Fort Douglas in Salt Lake City and retired as a Lieutenant Colonel after 22 years of military service.

He received a Masters of Education Counseling and Guidance with a minor in Ancient Scripture and a Masters in Statistics from Brigham Young University. He worked at Church headquarters for 27 years as a statistician.

He was a faithful member of The Church of Jesus Christ of Latter-day Saints and he enjoyed serving in various callings. He loved participating in family history work, attending and working at the temple, and taking his grandchildren to the temple grounds.

He loved studying the scriptures, especially The Book of Mormon. He always carried his scriptures, along with a clip board and a pen for taking notes. His grandchildren looked forward to their "Book of Mormon moment" with grandpa.

He enjoyed traveling and taking his family on road trips. Some favorites were: Bicknell to visit his parents, California to go to Disneyland, Washington DC to visit historical sites, and New York to show his children where he attended school at West Point.

He was a kind and humble man. He had charity and love for all and would minister to all. He was no respecter of persons and reached out to those in need.

Funeral Services will be held on Saturday, August, 29, 2020, at 10:00 am at Nelson Family Mortuary, 4780 N University Ave, Provo, Utah. A viewing will be held prior to the service at 9:00 am. Interment will be at the Garland Cemetery, following the funeral.
Read Less

Receive notifications about information and event scheduling for William

Consider providing a gift of comfort for the family of William Morrell by sending flowers.

We encourage you to share your most beloved memories of William here, so that the family and other loved ones can always see it. You can upload cherished photographs, or share your favorite stories, and can even comment on those shared by others.

Posted Aug 29, 2020 at 12:22pm
I have fond memories of Uncle Reed. He was always friendly and kind towards me when I was younger. I always felt at home in his and Aunt Pam's home when I visited during various family activities. Later in life, he would contact me during the holidays and see when I was traveling to Bicknell. We would meet in Utah County so he could give me items to deliver on his behalf. He was always thoughtful.He enjoyed family get-togethers.

I am saddened that current circumstances do not allow us all to mourn together. I will be watching the services online, and send my condolences to you all, from afar.

Posted Aug 29, 2020 at 11:47am
Will always have fond memories of Reed as my partner in our high school activities. Basketball, Baseball, Tennis, Debate, UN, Bookkeeping and many classes we had together. Sympathy to the family as all will miss Reed very much.
With love,
Gilbert and Deanna Sorensen
Comment Share
Share via:
MM

Posted Aug 27, 2020 at 05:44pm
I remember read Morel as being a very consistent and friendly home teacher. My parents could always depend on Brother morale. Michael Morris
Comment Share
Share via:
MC

Posted Aug 27, 2020 at 05:29pm
Will certainly miss this cousin with his goofy smile and his ability to find ancestors everyone else had missed in research. Hugs and prayers for the family. As kids we all played together
Comment Share
Share via: 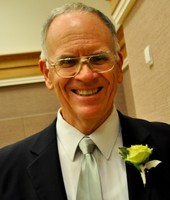 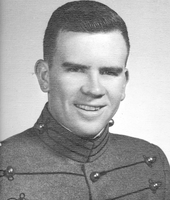