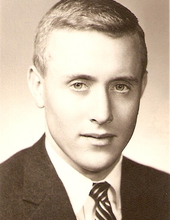 In Memory of
William Monroe
Oldham
1936 - 2018
Click above to light a memorial candle. 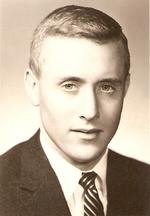 William Monroe Oldham passed away peacefully with his children by his side on the eve of his 82nd birthday in Provo, Utah.

William was born at home in Hartsville, Tennessee to Burnis and Grace Wilburn Oldham on July 27, 1936. The third child of five and the first son, he grew up on the farm, attended Trousdale County schools, and graduated Valedictorian of the class of 1952.

William attended the University of Tennessee for both undergraduate and Pharmacy school, graduating in 1960 married to Arlene Lee Downing. William served honorably in the United States Army, first in San Antonio Texas, later deploying to Korea where he worked as a Pharmacist in a field hospital. William left the Army in 1968 to return to civilian life.

With son Michael, William and Arlene settled in Sacramento, California where William began work at Anderson Brothers Pharmacy. He worked with the Anderson brothers for over 25 years, during which time three more children came: Denise, Michelle, and Brittany. William spent his free hours with the family--gardening, tending animals, camping, hiking, fishing--teaching the value of honest, hard work and showing his children as much of the United States as he could.

When his children had grown, William returned to his beloved Tennessee to reunite with family and old friends for a few years. He eventually decided to settle in Utah to be close to his daughters and grandchildren and spend his final years. He never wanted to get old or be alone, and it was a blessing for him to leave us so quickly and while we were with him.

We are glad you made it back home, Daddy. We love you.